The choral association Cima Valdritta cooperates with the cultural town counsellorship in organizing choral events or concerts with choirs coming from all over Italy and from other European countries.

The Choir “Le Voci di Malcesine” was founded in 1974 as a male-voice-choir.

Only 1986 came the big transformation of also accepting ladies in the choir. This has led to a change in the repertoire consisting mainly of folk music. It has also led to a greater demand for the choir, which now takes part to an even greater extent in the cultural and folkloristic events all around Northern Italy.

The choir recorded successfully three tapes (the last one in 2015), won a prize in two choir-competitions (in Adria and Vittorio Veneto) and took part to several TV programs for the Italian Mediaset, the German ZDF and also for Radiouno Rai.

In 1991 the choir introduced a singing-school for children in age between 6 and 14: the pupils constitute the choir “Piccole Voci”.

From May 2013 the choir is conducted by Gianluca Zanolli. 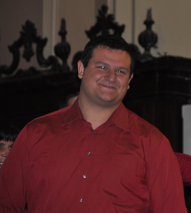 ianluca Zanolli was born in Trento on the 26th August 1982.

After having been graduated at the musical college in Trento, he got the diploma in violin (2004) and in viola (2007) at the Conservatory “F.A.Bonporti” in Trento; he attended however the specialization in chamber music and the Composition course up to the seventh year. In 2013 he attended also a sound-engineer course in Milan.

He played as first or second violin/viola with several Orchestras, the most famous one is the “Haydn Orchestra”.

Since he got the diploma, he plays with various chamber ensembles ranging from duo to chamber orchestras. During his studies at the Conservatory he composed some chamber pieces, presented at the Festival of Contemporary Music “Mondi Sonori” in Trento.

During his career as violinist, violist, chorister and choirs’ conductor he had the opportunity to perform, with many orchestras and choir associations of the Trentino Alto Adige, in different Italian regions and abroad in Spain, Switzerland, Austria, Holland, Germany, Czech Republic and Croatia.

Since April 2005 he is conducting the choir “Cima Verde” in Vigo Cavedine.

Since September 2007 he is teaching music at the Primary and Secondary School “Arcivescovile – Dame Inglesi” in Rovereto.

In 2011 he founded the “Minicoro Camp Fiorì”, a children’s choir, which in 2013 officially joined the choir association “Cima Verde”. In 2012, together with a group of musicians and music lovers of the Cavedine valley, Maestro Zanolli founded the music association “Lakes’ Valley”, in order to promote classical music all over the villages of the entire valley.

In May 2013 he took over the direction of the choir “Le Voci di Malcesine”.

“May the sun make your days bright,

may the stars illuminate your nights,

may the flowers bloom along your path,

your house stand firm against the storm,

and until we meet again,

may God hold you in the palm of His hand.”

The choir “Piccole Voci” was founded in 1991 as a singing course for children in age between 6 and 14.

The choir was founded with the purpose of giving the children a chance of singing together, using their voice as a musical instrument, with joy, just for fun.

After a short time, however, they learned that this passion can be nourished with great care, constancy and dedication: they understood that, to reach a goal as a choir, they have to work together respecting each other.

Many children have sung in the “Piccole Voci”, some of the previous ones are now singing in the adults’ choir “Le Voci di Malcesine”. At the moment the choir is formed by 12 children in age between 6 and 12. 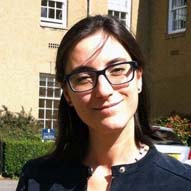 She decided to follow her two passions: the love for the singing end the choral musik, and her wish of a active partecipation in education and social welfare; she graduated in “Operatore Musicale del Benessere, Musicoterapia” at the “Conservatorio di Verona” (thesis: “Coro e Terapia”).

She studied violin and opera singing for 10 years at the Minipolifonici of Trento, improving in lyric studies at the F.A. Bomporti di Trento and A. Boito di Parma, also attending various courses and seminars on music-teaching, choral-teaching and choir-conducting, in Italy and abroad.

Member since 2007 of the Italian Youth Choir, leading formation of FENIARCO (Federation of regional train choirs), with which he had the opportunity to participate, among others, in the international Tour competition in 2014 and in Europacantat in July 2015.

In 2017 she has also directed the “Piccole Voci” children’s choir of Malcesine. 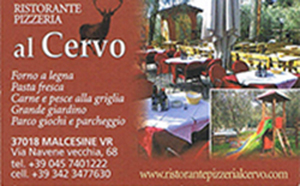 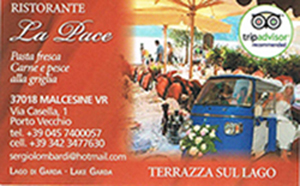